What can go wrong, will.

Hey you, I hope you realize January is already over.

Seriously, how did the month go by already? SO much has happened that it’s just exciting to see what the rest of the year will bring! Currently, I’m undergoing a branding and picking out my brand colors, finding a graphic designer and nailing down the plan for a new website. Check out my Pinterest of brandspiration and below are some potential logos! But before I entered the fun world of branding, I had quite a crisis to handle, specifically when the big snow storm stopped Manhattan a couple weeks ago. Oh yea, if you are near NYC, you remember. I was lucky enough to have a group scheduled to fly the very day it hit...and it went something like this…

(Preface: A group of 4 musicians are trying to fly to Missouri the day before the performance. The members names are Joe (lead violin), Sarah (violin 2), Chris (viola) and Katy (cello) *names changed)

The morning the snow hit, I started my work day per usual, when I get a call from violinist, Sarah. She tells me that she tried to check into her flight and it was cancelled. I checked online and confirmed with her. I told her to keep heading to the airport since there’s a chance they could still fly. She then added that Katy is already in security, they took her checked bag, so there still could be a chance. (I already knew, there was no way since flights don’t go ‘uncancelled’ after they are. Fun fact.)

I call the presenter who’s arranging their pick up at the airport when they arrive in Missouri to give him a heads up that the flight is cancelled, a lot of them are, and I’ll try my best to get them on the next flight. He needs to know what is going on because a) he needs to know if the show will go on and b)he’s agreed to pay for flights! So any changes has to be through him. I then contact the travel agent and speak to her about changing their flight and she can only find a flight for the NEXT DAY, leaving at 12noon, allowing the band just enough time to arrive, get to the venue, rehearse and perform. I say, “We have to take it!”. It’s settled, everyone go home, and we’ll try again tomorrow.

Except, you might remember, they took Katy’s bag. Turns out – they FLEW it to Missouri without her! How? Why? It didn’t matter. I told Katy to give me the tracking and I’d make sure it got there so they could pick it up when they arrived.

That evening, I’m having dinner in my apartment, and I suddenly have the urge to check their flight status…do you want to guess what I saw? YES. IT WAS CANCELLED. 15 hours before it’s supposed to leave it’s already cancelled?Sweet Jesus, I had to start all over again. 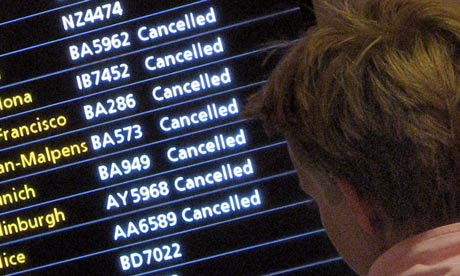 I emailed both the presenter and agent that evening to give them a heads up so that they would read it first thing in the AM and hopefully make it a priority to find a new option. I called the airline myself and there were no choices for a flight with 5 empty seats to Missouri. It was disappointing. A late convo with Joe, he said he hasn’t missed a performance in decades. I thought to myself, we’ve gotta keep pushing!

The next morning, I get a head start and start calling the agent the minute their office opens. I literally beg her to find us SOMETHING. I don’t know what sort of magic she had in her fingers, but she found the only flight that could work, leaving that afternoon, getting the band just in time to the performance but with no time for rehearsal…I tell her to hold them immediately until I got an okay from the band.

Joe, being down and out thinking he will miss a performance, tells me YES, LET’S GO. Joe calls the shots so I quickly text message the rest of the band that it’s ON and be at the airport in 2 hours. Woo!

I call the presenter and tell him the good news – yes, they were cutting it short, but they were going to make it! He told me he moved the concert back half an hour to help us out which was immensely appreciated. There was a ray of hope for this concert!

Now, I had to figure out Katy’s bag situation. Luckily, her bag DID make it, but it was in a different terminal than they were going to arrive in. Knowing they had no time to spare, I cleverly asked the driver to pick it up for them. They were happy to do it and I set it up right away.

Did the group make it? YES! Funny thing though, they were 15 minutes late because the van that picked them up from the airport in Missouri broke down. When I heard that, I only thought, OF COURSE. But they made it to the performance, played to a full crowd, and celebrated with a late night pizza. I poured myself a glass of wine to virtually ‘cheers’ them from NYC to a safe trip and successful performance!

There are few things to learn from this story.

1. Stay persistent – Yes, even I was close to giving up when I have the internet telling me 1000s of flights are cancelled, but knowing how much it meant for the group & the presenter to get there kept me going. I asked about leaving from different airports, having only 1 person go solo, etc. Take the time to stop and think of options and you just might find one…or just enough time will pass where you will get the answer you were looking for! Keep your promises and don’t give up.

2. Have support. – Do you think this could have happened without a person acting as liaison between the agent, airline, band and presenter? Let me sum it up for you kindly…NO WAY. Without having a designated person on your team, crisis like this won’t be handled correctly and they would have missed their performance. If you don’t have a lovely assistant holding the fort, ask a trusty friend to help you figure out a sticky situation.

3. Know who to call. –  knowing who to contact helped make things run much smoother during a crisis. While traveling, make sure you have contacts at the venue handy!

4. What can go wrong, will. – Well, not all of the time! But, I’ve learned to prepare for the worst. Booking the flight the day before the performance was smart to allow exactly what happen not totally crush the plans. So, when booking your flight, give yourself time and cushion for delays if you can.

So, I hope you enjoyed my story of excitement and suspense from the week – I’m looking forward to warmer months so I don’t have to worry about snow storming through travel plans for my clients! 🙂